YEAST, a natural by product

A very simple example of bloom and crash is what happens when a brewery makes a batch of beer. First, the grain is soaked in water and kept at a warm temperature to encourage the grain to sprout. As a natural by-product of the sprouting process, the grain converts complex starches into simple sugars, which yeast like to eat. When the sprouting process has progressed to the point where there is an optimum amount of sugars for the yeast to eat, a batch of starter yeast is introduced into the malted grain. 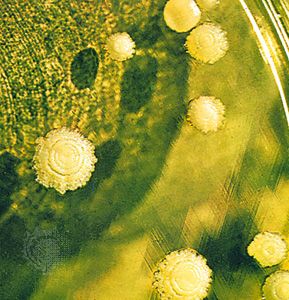 Yeast is used because a natural by-product of the yeast consuming the sugars is their waste product, alcohol. At this point, since the habitat has been carefully cleaned and controlled to eliminate natural bacterial and protozoan predators of yeast, the yeast population explodes exponentially, reaching a number that is trillions of times what it was a few hours earlier.

Soon, the yeast’s exploding population either eats up all the available food (the malted sugars) or its waste product becomes so concentrated that it has “soiled its nest” to the point where the yeasts die in the toxic concentration of their own defecation (alcohol). The above example is common, but human-made and artificially simple for economic reasons. If the beer-making process is contaminated by an undesirable predatory protozoa or competing unpalatable yeasts, the whole batch is ruined.